Behind a parking lot, in an industrial warehouse, you`ll find our craft brewery. In 2009, Kevin and John entered the building. One top secret recipe book, seven fermenters, and a dozen Barking Squirrels later, Hop City Brewing Co. was born. 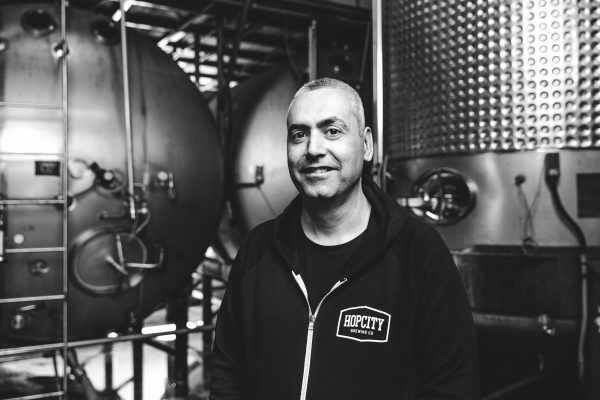 Meet John. John home brewed his first batch of beer at 19, non-coincidentally the same age he was legally allowed to drink it. In the 90’s he opened up a home brew supply store before landing a job as a brewer. 33 years of brewing later, he’s still home brewing, and even grows hops in his backyard. John’s favourite part of brewing is the experimentation – “we’re like liquid chefs”. John’s brew of choice? Barking Squirrel Lager.

We Make Beer. Check it out.

By entering this site you accept our terms of use and our privacy policy. Hop City Brewing Co. encourages drinking responsibly.
You must be of legal drinking age in your respective country, province or state of residence for entry.